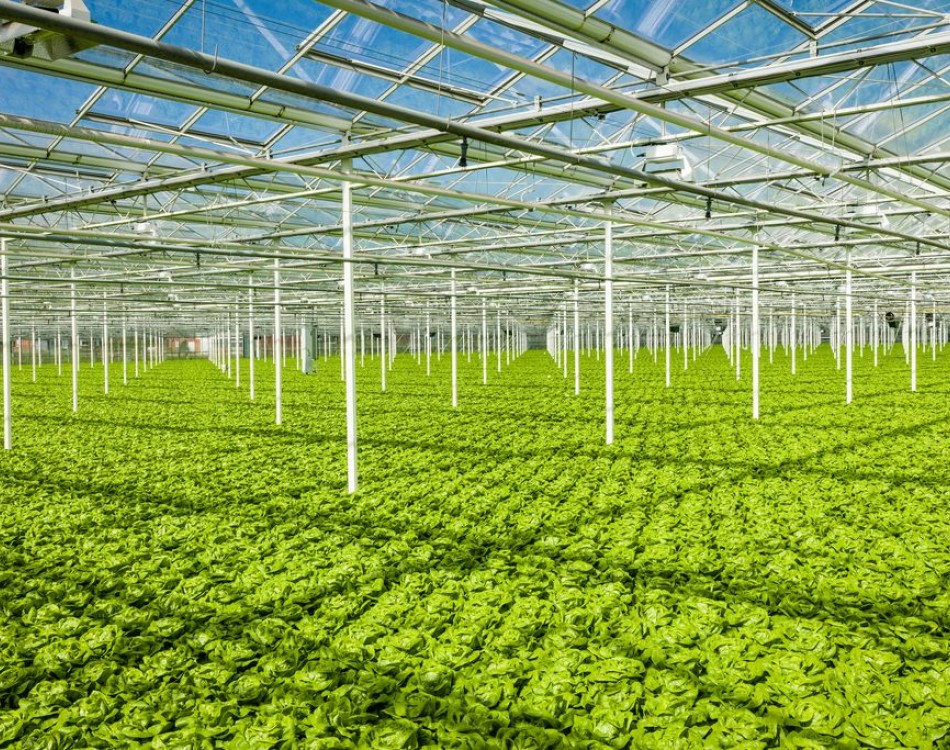 Hydroponics has been popular for years as a sustainable and efficient production method for leafy vegetables. Now, in a new development, growers are increasingly choosing to apply the method in semi-closed greenhouses, says Marc Celis, Crop Specialist at vegetable breeding company Rijk Zwaan. “That gives producers even more options for steering the crop.”

There has been a revolutionary change in lettuce production over the past two decades, according to Celis: “New techniques mean that it’s now possible to grow leafy crops efficiently anywhere in the world, using minimal water and hardly any pesticides – which is also in line with the wants and needs of retailers and processing companies.” Celis regards the semi-closed greenhouse as the next step in the high-tech production of leafies. “Greenhouse manufacturers originally developed this type of greenhouse for fruit crops, but this approach is increasingly is being chosen for hydroponic production of lettuce too. Growers in the USA, Canada, Japan and Europe are opting for a semi-closed greenhouse in combination with the nutrient film technique (NFT), sometimes with the addition of artificial lighting for growth or steering at certain times to facilitate year-round production.”

The semi-closed greenhouse is popular among growers because the techniques used contribute to a high-quality, food-safe product, explains the crop specialist: “Air hoses beneath the gutters give the grower optimal control over the temperature and humidity in the greenhouse. Climate systems reduce the humidity inside the greenhouse to prevent fungi from forming. The greenhouse is slightly pressurised to help keep insects at bay, and a finely meshed insect net does the rest. That supports pesticide-free production. Furthermore, a fully climate-controlled greenhouse is also a good solution in hot and humid climates.”

Rijk Zwaan advises growers on the most suitable crops and varieties. “Our information helps growers to make the right decisions. In the case of new-build projects, we regularly meet with greenhouse manufacturers and other suppliers and work together to create the ideal conditions for the crop in question so that growers can achieve the best possible yield. We recommend varieties that are strong against tip burn and which can cope with high levels of transpiration and rapid growth, such as Salanova® types, Bobal RZ, Stefano RZ or Xem RZ,” continues Celis.

Celis expects the semi-closed greenhouse to really take off over the next five to ten years. “The lettuce yield is higher, which means a good return on investment. Besides that, the product quality is higher and harvests are more predictable.” Compared with a plant factory, hydroponic lettuce produced in such a greenhouse has a considerably lower cost price, adds Celis: “Although it uses electricity for cooling and to reduce humidity, a semi-closed greenhouse benefits from free sunlight. Of course, a plant factory still makes more sense in parts of the globe with more challenging conditions, such as hail storms or earthquakes, but I expect to see the techniques used in those two different ‘worlds’ gradually moving closer together.”

Interested in learning more about our services and knowledge on hydroponics? Visit us at Greentech in Amsterdam from June 11-13, stand 12.513.