The story of Zeger, Rik and Laure 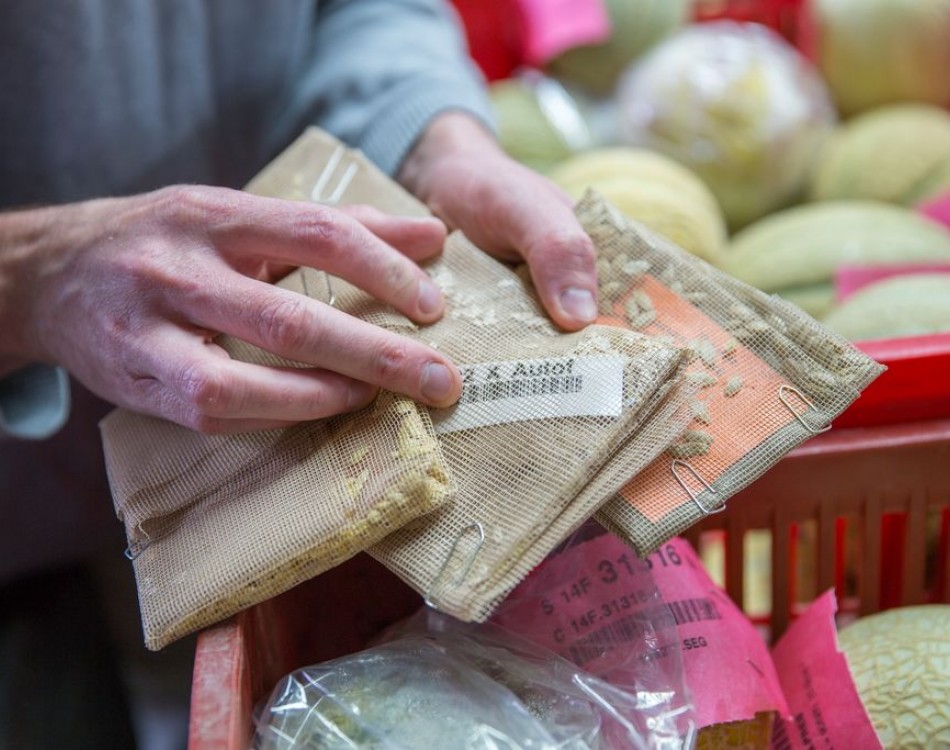 ‘Gene banks exist at international, national and regional level. Most countries have one or more gene banks. Seeds or other plant material are stored in these gene banks. This preserves the seeds from those plants and their natural genetic variation. We support collecting missions that organise gene banks to expand their collections and record genetic sources. We also help with seed propagation and describe the collections of gene banks. Sometimes employees from gene banks visit us to see how we manage the genetic sources we receive from them in our breeding programmes,’ tells Rik.

‘In collecting missions, we look for wild variants of cultivated plants. Nearly every year, the Centre for Genetic Sources, the Netherlands (CGN), part of Wageningen University and Research (WUR), organises a collecting mission that is sponsored by Dutch breeding companies. Because it has been scientifically recorded in herbaria* and flora where certain plant species grow, we can look for them specifically. In recent years, for example, we have looked for wild lettuce in Tadzhikistan and wild spinach in Armenia,’ says Zeger.

‘Seeds from the wild plants are collected on location. For each location, bags are filled with seeds from one or more plants. These seed samples are called accessions. If this is felt to be desirable, seeds from all the accessions are shared with the national gene bank from the country in which they are collected. They then remain available for interested parties in the country concerned, perhaps for scientific research,’ Laure explains.

*Herbaria are collections of dried plants. The collection can be used for research or as evidence that a certain variety is found in a certain place. In the Netherlands, the national herbarium is housed in Naturalis in Leiden.

Some of the seeds that are brought to the Netherlands are then shared among the participating companies, whose task it is to propagate these accessions. Often only a limited number of seeds are brought home and the CGN gene bank wants several thousand seeds of each accession before they can be included in the collection. The propagated seeds go to the CGN, which stores them in a big deep‑freeze vault. Interested individuals and companies can then request the CGN to send them a seed sample from accessions that they find interesting.

Some of the propagated material is also stored in Spitsbergen, where there is a world seed store that acts as a backup to national gene banks like the CGN. At a depth of 120 metres, around 1.5 million seeds from different agricultural crops are stored in Spitsbergen (Svalbard). This 'seed vault' is there for a reason. It is a relatively remote location, high above sea level and the ambient temperature is permanently below freezing. That makes it a safe place to store seeds for a very long time,’ says Zeger.

‘‘There are statutory rules for collecting genetic plant material. These have been recorded in the Nagoya protocol. This protocol aims to ensure that the benefits of using genetic sources are shared fairly among users and suppliers. When organising a collecting mission, it is usually necessary to request permission from local biodiversity authorities. Even when we request genetic sources directly from a local gene bank or other institution, a contract first needs to be signed, a so‑called Material Transfer Agreement,’ explains Rik.

‘Wild material contains genes that could provide resistance against plant diseases or genes that are more resilient to extreme climate conditions. There is still a lot of genetic material to be found in nature that could be important for the improvement of our varieties. By collecting it, the genetic material is secured for future use. This is important for all breeders, which is why vegetable breeding companies in the association Plantum work closely with the CGN and botanical institutions to collect and preserve nature's wealth.

By working with gene banks and developing new varieties with very diverse genetic backgrounds, we directly help to preserve agrobiodiversity on our planet and ensure better vegetables for future generations.