Each year, an independent panel of prestigious chefs, including chefs with Michelin-star restaurants, from 20 different countries evaluate food and beverage products from all over the world based on first impressions, appearance, aroma, taste and texture. To achieve the highest possible rating of three stars, the product’s average score must be more than 90% across those five criteria.

The three-star rating for the yellow Sweet Palermo was not a complete surprise. Consumer research has previously confirmed its deliciously sweet, aromatic and fruity flavour, and it is regarded as a worthy addition to the 'Sweet Palermo family'. The flagship product, the red Sweet Palermo, scored an impressive 87%, which qualified it for a two-star Superior Taste Award. The orange and chocolate Sweet Palermo variants likewise received a two-star rating.

Taste is a key value

Rijk Zwaan and the Sweet Palermo growers are happy with these results, because taste is one of the key values of this sweet pointed pepper range. Due to the long ripening process, the flavour of Sweet Palermo develops more slowly than other peppers and is more intense. The chefs’ conclusions confirm this in practice.

Do you want to know more about Sweet Palermo? Go to www.sweetpalermo.com 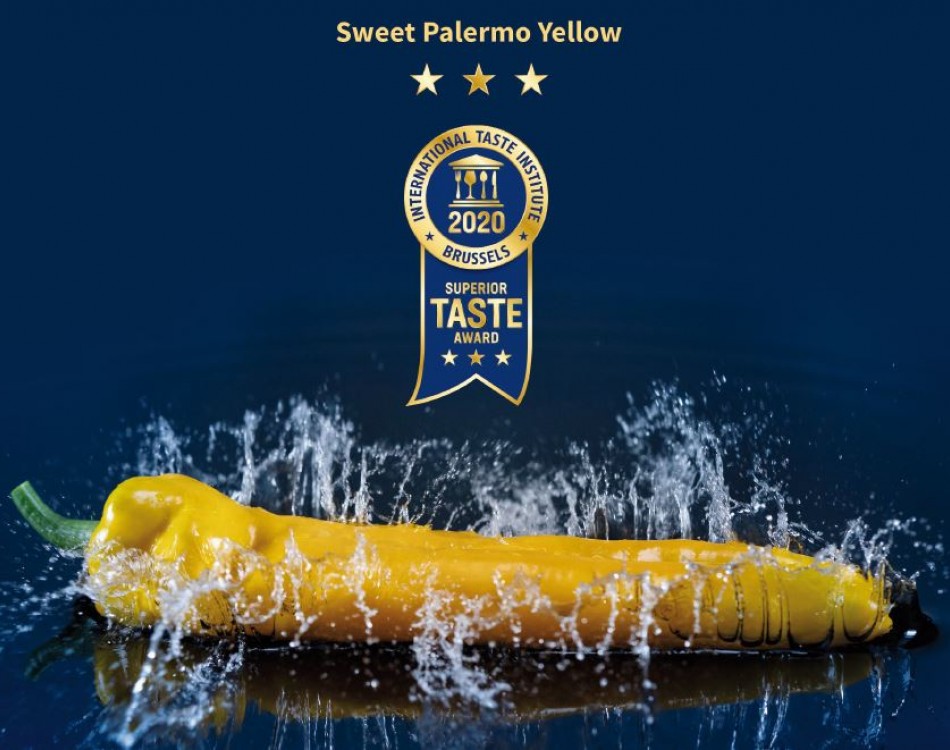 Would you like to know more about Sweet Palermo?

Get in touch with Heleen van Rijn - Wassenaar